“Siddha system” is the most ancient system of medicine. In other words, it can be described as a way of life which brought unity, peace and harmony in earth. There existed no discriminaton on the basis of caste, colour, religion or race. People worshipped one God as supreme power. This was nothing but the concept of Saiva Siddhantham prevailing over that period.
This system or way of life was followed in the earliest Dravidian civilization. The ancient Tamil language was the basis of communication and the medium of writings during that period. Hence, Tamil is said to be the most premordial language from which the other south india languages originated.

If the methods of treatment taken into account, then Siddha system holds the 8 unique methods of diagnosis. One among these 8 method is naadi. A Siddha physician keenly observes the naadi before starting any treatment. Hence unlike other system of medicines there does not exist only a symptomatic treatment in Siddha. A strong relationship develops between the patient and physician. The physician not only heals the disease of the patient through medicines but also provides an assurance to his mind and prays for the soul. For example, in a patient suffering from psoriasis, medicines are not enough as stress is an aggrevating factor of the the disease. So, it is only possible by a siddha physician to pacify the disturbed mind of the patient by the spiritual councelling.
In Siddha, there is a wide range of drugs which includes medicines that has got no expiry date. They can be preserved life-long. The formulas of medicine was prepared by Siddhars thousand of years ago.

‘Kayakarpam‘ or ‘Kayakalpa‘ which is a special branch of this medical system can prevent ageing, wrinkles, degeneration and even death.

‘Varma treatment‘ is also a salient feature of this system which deals with 108 varma points, their injury and treatment aspects. Not every one can learn to practice even if they approach a Varma asan or guru for learning these techiques. The Varma guru gets a vision in mind whether this science is being transferred to the right person or not. Also the learners have to promise the Guru that they will never use this science for any destructive purpose.

‘Alchemy‘ is known to be the hallmark of this system. This science deals with converting lower metals to gold. Also this techniques could reveal the potency and efficacy of medicines. Even today some traditional practioners who follow an ascetic life are doing this practice. However anyone who follows an ascetic life can’t become an alchemist. It is like a hidden mystery today as the secrets are still unrevealed.

The crown of Siddha medicine or ‘Muppu‘ is a method of preparation of universal salt. This is not known to all siddha practioners as it requires much effort and processes for the preparation. Still there are practitioners doing this but it is kept as secrets between masses. Hence it is also a hidden mystery. But it is said that a small amount of this preparation can potentiate the medicines 100 times. Also it reduces the cost of production of medicines.

‘Astangayoga‘ or 8 limbs of yoga helps to bring health to the body, peace to the mind and purity to the soul. The Jeevatma(individual soul) becomes united with the Paramatma(Supreme) and eternal bliss is attained. Asanas provide a strong body, strengthens the nerves, muscles and bones.It provides a way to meditation. Pranayamam or breathing exercise provides long life and prevents as well cures the respiratory ailments. Pratyakaram, Dharanai, Dhyanam, and Samadhi are the higher steps of yoga which ultimately provides salvation which is the highest goal.

Hence, “Siddha system” is unique when compared to any other system of medicine as it is both medicinally and spiritually enriched. 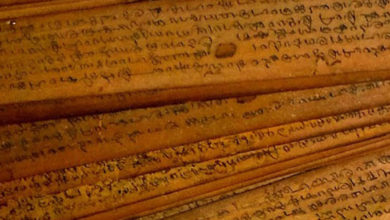 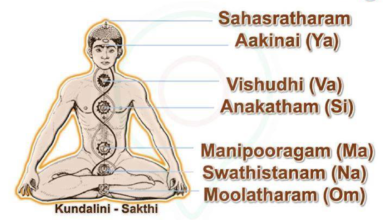