Scientists at the Defence Research and Development Organisation (DRDO) have developed a tulsi-based herbal medicine for treating people exposed to radiations. The medicine is already in the second phase of trials. According to scientists, tulsi has anti-oxidant properties and can repair cells damaged by exposure to radiation. “Tulsi-based medicine is already in second phase of clinical trials. It has to undergo some more trials before it is finalised and goes for commercial production. Animal trials have also been conducted and their results were quite encouraging,” DRDO`s Chief Controller (Research and Development) W. Selvamurthy told IANS. Selvamurthy was speaking at the 99th edition of the Indian Science Congress held here. Besides tulsi, sea-buckthorn and podophyllum hexandrum were other herbs chosen to develop medicines to not just treat those effected by nuclear radiations but also as a precaution for those going for rescue work in radiation-affected areas. Selvamurthy said it is for the first time in the world that tusli is being used for treating harmful effects of exposure to radiation. The same medicine can be used for treating humans and animals exposed to radiation. The cost of this project is around Rs.7 crore. “The medicines used for treating radiation-related ailments are very toxic in nature. These herbal medicines would change the way radiation treatment takes place as they would be quite safe,” he added. Listing out other innovations by the research organisation, Selvamurthy said a special Aloe Vera based anti-frostbite cream A local has been developed for soldiers deployed at higher altitudes. The medicine prevents frostbite and five lakh jars of that cream have already been supplied to the armed forces. Scientists have also developed several other herbal medicines, some especially for the Indian Army. “We have developed a special herbal drink for army personnel posted at high altitude areas. This drink is made from 15 herbs and it will help the soldiers in acclimatising fast to those tough weather conditions,” he added. While the frostbite cream is already in the market, the herbal drink is in the testing phase and will be commercialised soon. 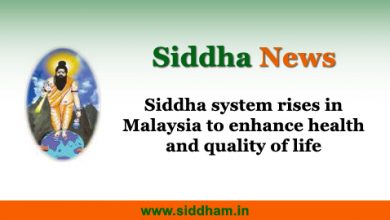