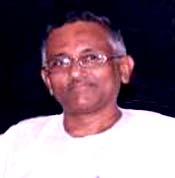 Renowned chest physician, peace activist  and Siddha Researcher C. N. Deivanayagam died at chennai on 19 November after battling  cancer for nearly 2 years. According to doctors, the reason of his death was multi-organ failure which happened 4 days after his 70th birthday.  Born on November 15, 1942, he  graduate in medicine from Madras Medical College in 1965 and underwent training in Scotland and Northern Ireland for 18 months and became a member of the Royal College of Physicians (Edinburgh) in 1969. He also served as a research officer at the British Medical Research Council’s Pneumoconiosis unit for one year. He worked in the department of chest diseases at Madras Medical College and was appointed the head of the then Tamarai Medical College (later renamed Sri Ramachandra University), when it was under the state government. He served as an assistant professor in the department of Chest diseases at the Madras Medical College between 1970 and 1981 and as professor of thoracic medicine between 1981 and 2000. He had also served as examiner at various Indian universities for graduate and postgraduate medical degrees and diplomas till date. He co-founded the Indian Chest Society and edited its official journal Lung India for several years. When he served as the Superintendent of the Government Hospital for Thoracic Medicine, Dr. Deivanayagam set up the HIV/AIDS care unit, amid opposition, which later became one of the world’s index HIV treatment units.

Charmed by the practice of Siddha medicine, Dr. Deivanayagam took up research. One of the key areas of research was the use of Siddha system of medicine, along with the conventional allopathic treatment in reducing the viral load among patients with HIV. “The disease was still new. Anti-retroviral treatment wasn’t available free of cost. When there were no options in allopathic drugs, despite opposition, he initiated research in siddha,” said Dr Arul Pitchai Narayanan, secretary of MMC Alumni Association. A few year later, Dr Deivanayagam proved that Siddha drugs could be combined with allopathic medicine to reduce the viral load in people with HIV. He made a presentation at the 13th World AIDS Conference in Durban on this. He also served as chairman, National Advisory Council for Siddha. He established the Health India Foundation that intergrated siddha and allopathy to treat patients.  His involvement with the anti-nuclear movement crystallised into setting up the Physicians for Peace initiative, and he was also part of the initial team that led the campaign against setting up the Kudankulam project in 1988-89, his colleagues in the movement recalled.When the State government took over the Sri Ramachandra Medical College in 1989 and renamed as the Tamil Nadu Arasu Medical College and Research Institute (TAMARAI), Dr. Deivanayagam functioned as its Dean. The takeover was struck down a couple of years later by the Madras High Court. Dr. Deivanayagam was a consultant with the World Health Organisation on infectious diseases. 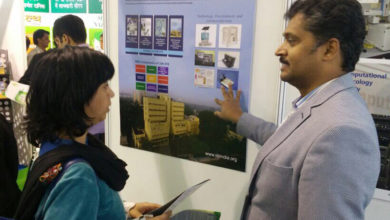