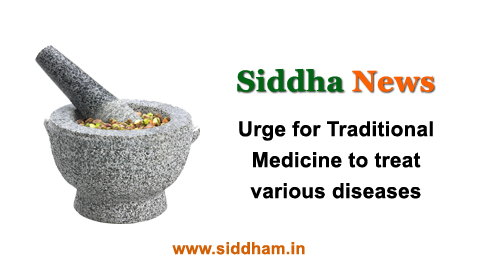 The Tamil Nadu Government Village Nurses Association (Association) has urged the State government to introduce traditional Indian medicine for the treatment of vector borne diseases such as dengue, chikungunya, malaria and lifestyle related diseases such as arthritis, anaemia, hypertension, diabetes at the village level. These diseases respond well to traditional Indian medicines including Ayurveda and Siddha medications said Association president P Nirmala. According to her the Association through its State-level general body meeting resolved to seek the intervention of the State government to remove gender discrimination among government employees in salary, promotion and work allocation aspects.

Another resolution passed referred to health being “an essential service and all vacant posts in the department should be filled up while no recruitment should be made on contract basis.” Instead of the proposed move of the government to appoint Accelerated Social Health Activists (ASHA) to supplement rural health care, trained ‘ayas’ should be appointed to support health-nurses in sub-centres.

The National Rural Health Mission should be tailor-made according to region-specific requirements and the government should open more sub-centres to cater to the needs of the rural people, Nirmala said in her statement to media persons.