To promote yoga and Indian systems of medicine, the Government of Uttar Pradesh has decided to establish ayush wellness centres (AWCs) in every district of the state by the end of this financial year. Ayush (Ayurveda, Yoga and Naturopathy, Unani, Siddha and Homoeopathy), which has virtually no side-effects, can play a positive role in curing many chronic ailments, Dharam Singh Saini, Minister of State (Independent Charge) for Ayush, told PTI in an interview.

“The first such ayush wellness centre started functioning in Muzaffarnagar on September 3. As many as 42 more such centres will be opened this calendar year. And by the end of the current financial year, all the districts in the state will have an ayush wellness centre,” he said. Uttar Pradesh has 75 districts. The establishment of AWCs would be a step further in realising the ‘Antyodaya’ philosophy of Jan Sangh stalwart Pandit Deen Dayal Upadhyay, which envisages reaching the last person of the society, Saini said.

The minister said the state government was also mulling reviving laboratories for traditional medicines, ‘Rajkiya Aushadhi Nirmaanshalas’, in Lucknow and Pilibhit. “Besides, six 50-bed Ayush hospitals will soon become functional in Lucknow, Kanpur, Varanasi, Bareily, Basti and Kushinagar. The government is also planning to start 10 more Ayush hospitals in the state. Two such hospitals are under construction in Aligarh and Gorakhpur.

“Once Ayush shoulders additional responsibility of addressing the health needs of the public, it will definitely boost the healthcare system of the state,” Saini said, adding that the focus was to fill up all existing vacancies of doctors and para-medical staff at the earliest. The minister said the previous governments had done virtually “nothing” to revive Ayush systems of medicine. “The previous state governments were least bothered to explore the benefits of Ayush, because of their vested political interests. As a result, Ayush was ignored. The main challenge before us is to instill faith in the public that Ayush is better than other forms of medication,” he said. “The state government is also undertaking extensive awareness drives to spread awareness about Ayush and its benefits, as compared to other systems of medicines,” he added.

PM with 74 Union Ministers to perform on International Yoga Day

Let us adopt Siddha Medicine before foreigners give it back 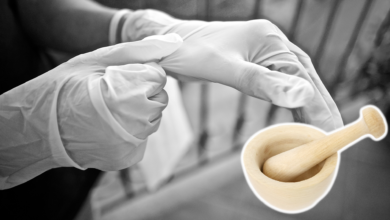