Though an Indian discovered the ‘zero’, for most of the world Science is a western concept. It is nothing but the effect of west, Siddha is approached as a Science of myth and superstition. Unlike the opinions, Siddha is purely Organic and a science that comprises Philosophy, Patho-physiology, Pathogenesis, Pharmacology and Diagnostic tools.

For instance, Siddha Physiology is based on ‘Tridosha’ theory. Siddha diagnostic techniques comprises of 8 fold unique techniques known as ‘Envagai Thervu’- To understand the health staus of a person the Eight criteria are used- Naadi(Pulse), Sparsam(Touch), Na(tongue), Kann ( Eyes), Vizhi(Vision), Mozhi( Vocal), Malam( Stools) and Moothiram(Urine). These Eight criteria are mentioned clearly in Siddha literature’s which Siddhars wrote thousands of years ago.

Urine examination alone taken can detect severity of diseases, prognosis and convalescence stage of most of ailments with a drop of oil in urine. Few people believe that only modern medicine has scientific and pharmacological evidence of use but we must also understand that each and every drug is accounted for side-effects which no one cares. The terms like ‘Antibiotic resistance’ are coined by these researchers who had invented Antibiotics with a hope to cure all microbial ailments. Due to overuse of these Antibiotics, Antibiotic resistance occur. Wide and uncontrolled use of modern drugs has lead to a world where big pharma has turned into a profit making company leaving the consumers to face concealed risks of the products they manufacture.

Then the question arises why is Indian system of medicines like Siddha never grow and even banned in western countries?

Believe it or not, if Materia Medica ( plants and herbs) used for ages are explored and used it could threaten the drug profits and power of big pharmaceutical companies as currently they are practised and monopolised. These pharmaceutical companies along with their global army of doctors have purposely calculated a large percentage of masses into hard core drug addicts both physically and psychologically to artificial synthetic substances that are detrimental to health. Most of the prescribed drugs are painkillers which are highly addictive and harmful.To make the pharmaceuticals grow and get powerful the traditional systems of medicine are banned from western countries and suppressed in its own land calling it unscientific and dangerous by false claims of harmful kidney and liver damaging sterols in them. In reality we have been practicing Siddha for ages. Even today each and every person in some or other manner is following Siddha way of life.

Food grains like rice, cereals, pulses, fruits, vegetables all comes under Materia Medica section of Siddha Medicine. The uses and health benefits of them are known to all. The food habits, when to eat and what to eat everything is explained in Siddha. Not only eating habits but daily routine, clothing and how to prevent diseases through healthy habits is a part of Siddha. In other words – Siddha is not only a medical system but a way of life. Properties of herbs, their uses in various ailments, toxic properties of various herbs and their purification technique is well explained in literature’s.

Frankly speaking, Siddha is no chemical…Its “elemental”. A registered experienced Siddha physician can be a perfect guide for healthy disease-free living. Let me give you another instance of reality which very few people realise. Indian system of medicine like Siddha and Ayurveda is greatly benefited by foreign tourism. Foreigners from all over the world come to India to get special traditional Indian treatments for their various ailments and general wellness. Is this because they don’t get good medical care in their countries?No! Not at all!! Its because they have started realising the harmful effects of western medicine and lifestyle. Isn’t it ironical to see where people from different countries come from far off places to seek treatment in Indian system whereas Indians go abroad to take western treatment. And when they lose all hopes they decide to give Siddha or Ayurveda a try. The clutches of western culture has become so strong that we have forgotten our roots which has become only an alternate for us. The therapeutic effects of medicinal plants are measured by modern gadgets today but in the days of yore, the therapeutic properties were classified by eminent souls or “Siddhars” on the basis of six tastes and efficacy. Only recently modern medicine has started co-relating both.

For example : Nilavembu( Andrographis paniculata) has been known as an Antiviral Siddha herb. Recently it was widely used by modern doctors and Govt of Tamil Nadu for management of vector borne fever like Dengue and Chikunguniya. The decision was then taken by clinical efficacy, limitations of modern medicines in treating such ailments and time of need and not by modern gadget analysis. It saved many lives especially those in critical cases where modern medicines left hope. Nilavembu along with tender leaf juice of Papaya was given. It did wonders. Even Modern medicine accepted the fact and various medicine containing these herbs are given for dengue in Allopathy. It would be a huge loss to mankind if these wonderful properties of miracle herbs rejected and called unscientific. 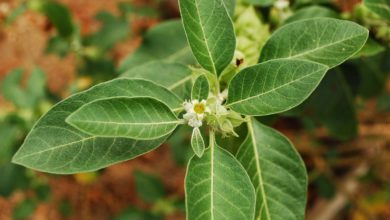