World Siddha Doctors Meet 2012, organised by Indian Siddha Medical Graduates Association (ISMGA) was held in Chennai last week. More than 2000 delegates including practicing doctors, students, researchers and faculties from various parts of the world attended the two day meet. Photographs of 18 Siddhars and of Dr C S Utthamarajan and Dr T V Sambasivam Pillai, the siddha legends, were unveiled in the convention on the first day. Dr T Thirunarayanan from CTMR, Dr Vasudha Devi and Dr Arul Amuthan from Manipal university, Dr Stanely Johns from Kerala and President of ISMGA Dr Selvin Innocent Das delivered lectures on different topics in the convention. The Meet has demanded to the government to establish an exclusive Indian Systems of Medicine university in Tamil Nadu for the overall development of the Indian Systems of Medicine in the country. The Siddha Doctors also demanded to the government to launch Siddha clinics in the remaining 50 per cent of the government hospitals in the state. The resolution passed by the convention said that all over in Tamil Nadu, 50 per cent of the government hospitals have separate ISM (preferably siddha) wings, besides those under NRHM scheme. Still there are hospitals in rural areas and in cities with no facility for traditional systems. The resolution demanded that all the government hospitals, from the village level to the Medical College Hospitals, should have ISM wings with equal status to modern system. In another resolution, the Siddha doctors’ meet wanted the government of Tamil Nadu to initiate measures to open siddha hospitals in the capital cities of all the states in the country and in places where large number of Tamil population inhabits. Currently, apart from Tamil Nadu, government siddha hospitals are working in Kerala and in Pondicherry. Further it has been decided in the convention to send a memorandum requesting the government to constitute the Siddha Medical Council (SMC) with full quorum of members as prescribed in the Act.  “From 1997 onwards the SMC has not been constituted and not functioning in Tamil Nadu” said Dr B Muthukumar, Member of Central Council of Indian Medicine and Organizing secretary for the Convention. Among other things, the convention called upon the members of ISMGA to strive to make the system reach all the categories of people in the rural areas in order to increase the acceptance of it. It also called up on the budding doctors to encourage clinical trials for all kinds of ISM drugs in order to have international acceptance. Further the convention wanted the Siddha fraternity to collect old Siddha literature, ie, books, pamphlets and palm leave manuscripts, from all parts of the world for the use of future generation. 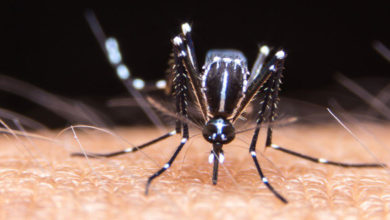 First International Yoga Day to be held in China